To share your memory on the wall of Teresa Seebeck, sign in using one of the following options:

Print
Due to Covid restrictions, A private family service will be held.

We encourage you to share your most beloved memories of Teresa here, so that the family and other loved ones can always see it. You can upload cherished photographs, or share your favorite stories, and can even comment on those shared by others.

Posted Jan 16, 2021 at 05:19pm
Remembering Joans graciousness; May her courage and love live on in all of you.

Posted Jan 01, 2021 at 08:11pm
Dearest Joan: if I had not met Bette then I would never have met you. I will miss you dear friend. Our coffee and dinners at Canyon Creek will never be the same. It was a pleasure knowing you, look down on us often with a smile and we will speak about you often with a smile. Until we meet again 🥰
Comment Share
Share via:

Posted Jan 01, 2021 at 06:56pm
As we grew up Joan in Toronto and I in Lonsdale, we did not see much of each other. Back then they would come down at Easter and maybe once during the summer. We sure never went to Toronto. Joan was also a few years older than I so we were not particularily close. But during the last year and a half we texted each other an awful lot. I really enjoyed her witty humor and her stories and pictures she would send. I really became quite fond of Joan. I miss you and will never forget you,Joan. Love Jim
Comment Share
Share via: 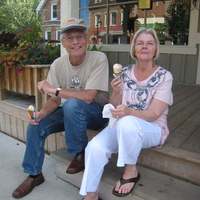 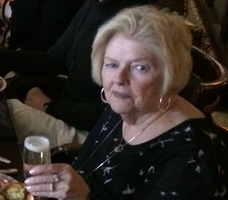