To share your memory on the wall of Marie Brenzall, sign in using one of the following options:

Along with her husband Charles ‘Chuck’ Brenzall, Marie was a long-time resident of Richmond Hill. Marie and Chuck were married for 62 ye... Read More
Marie Brenzall (Amodeo) 1925-2021.

Along with her husband Charles ‘Chuck’ Brenzall, Marie was a long-time resident of Richmond Hill. Marie and Chuck were married for 62 years before he passed in 2005, building a life full of love, laughter and, most importantly, chocolate cake.

Marie grew up with four brothers in an Italian-Scottish immigrant family. Out of necessity, she developed a feisty and determined personality along with a zest for life, which she maintained throughout her 95 years. She was someone who threw many parties and attended many others. And danced and sang often, especially to Frank Sinatra.

Marie had a career straight out of the classic movies she loved so much. She started out as one of Canada’s famous ‘Bomb Girls,’ making munitions that helped the Allies win the war. She then went on to work an astounding variety of jobs, which included stints at a supermarket, florist, chocolate maker (she insisted that scene from I Love Lucy was based on her) and finally at Sears, mostly so she could get deals on all the home appliances she bought for friends and family.

Charleen was her only daughter, and a more devoted mother-child relationship seems impossible to imagine. Marie was so proud of Charleen and all that she accomplished as a lawyer. When Charleen married John he too became an important part of the family. The only thing Marie loved more than teasing John was feeding the family dogs table scraps over his objection.

Marie was a committed, fun and kind grandmother (aka Nanny) to Luke (Danielle Koehn) and Maggie. She was a huge part of their childhoods, whether it was taking them to amusement parks, giving them candy when Charleen wasn’t looking, or allowing them to play their favourite game called ‘hide Nanny’s slippers.’ Luke and Maggie continued to enjoy an incredibly close relationship with Nanny well into adulthood. Marie was thrilled that she lived long enough to meet her great-grandson Hudson, who also loved her very much.

Marie was predeceased by her brothers Richard, Joe and Jimmy. Sammy, the baby of the family, carries on the family legacy.

There won’t be a funeral service but those who wish to do so can post memories, pictures or comments at the Online Condolences page of Marshall’s Funeral Home.
https://www.marshallfuneralhome.com/obituary-listing

If desired, donations to Operation Smile, the CNIB or a charity of your choice would be appreciated.
Read Less

We encourage you to share your most beloved memories of Marie here, so that the family and other loved ones can always see it. You can upload cherished photographs, or share your favorite stories, and can even comment on those shared by others.

Posted Feb 06, 2021 at 08:08pm
I Remember All the many times with Marie & Chuck, Always loved Mari
Chuck was always lots of fun.
our condolences to you Charleen
Comment Share
Share via:
MT

Posted Feb 06, 2021 at 03:22pm
Dear Charleen, John and family- I send my most sincere condolences in the loss of your mother. Her personality flowed off the page of the obituary notice and is reflected in Charleen's personality. May your fond memories in a long and well-lived life bring you solace in this sad time. Marlene Thomas.
Comment Share
Share via:
PE

Posted Feb 06, 2021 at 10:14am
Charleen, John and family,
I am so sorry to learn of your mother's passing. May the wonderful memories your mother/grandmother created during her wonderful and rich life provide comfort to you.

Posted Feb 05, 2021 at 12:49pm
Although she was not our aunt through family, she was always "Aunt Marie" to my sister, brother, and myself. She was our mothers very best friend since grade school, way back when in downtown Toronto. We appreciated her as a real aunt, and she treated us like we belonged to her, anytime we had the opportunity to have her visit. She was truly, the most beautiful aunt that we had. In our early years, before she and Chuck started their own family, we could always count on a visit "sometime" on Christmas day. As they fast-tracked through the many stops that they would make on that day, they would always make a point to be at our home. For us kids, it was always a toss up as to would have the most impact on our Christmas celebration, Chuck and Marie or Santa Clause. We looked forward to Santa, but Christmas would not have been complete, unless they were a part of it. I don't remember a lot about most of those Christmas', but I do remember all of the Marie and Chuck visits. Aunt Marie was a kind and loving woman, we will always remember her in our hearts. Our most sincere condolences to the family, and we trust that she is heaven, sharing Chocolate Cake with Chuck. God bless you Aunt Marie
Comment Share
Share via: 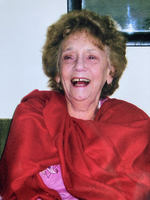 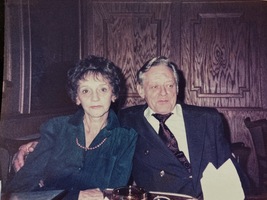 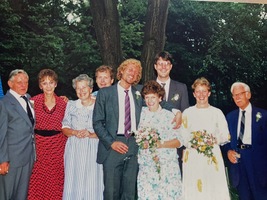