To share your memory on the wall of John Doner, sign in using one of the following options:


John Doner, of Gormley, passed away peacefully in his sleep on February 4, 2021 at the age of 75 years, after a diffi... Read More
John Edward Doner


John Doner, of Gormley, passed away peacefully in his sleep on February 4, 2021 at the age of 75 years, after a difficult battle with ALS. He is survived by his loving wife of almost 50 years, June (Nichols), and his children and grandchildren – Mark and Maria (Cole, Julia), Lori and Dave Jones (Kendall, Peyton), Paul and Rebecca (Lilyann, Elizabeth, John, Charlotte), Glenn and Dawn (Riley, Olivia). Predeceased by his father, Lloyd Doner and survived by his mother, Dorothy Doner of Stouffville. Also survived by sisters, Marilyn and Ron Stutzman of Arkport, New York and Kathy and Willis Wideman of Kurtzville, Ontario.
John was born August 11, 1945, and lived his entire life in the Gormley community. He attended S.S. #4, Markham, Richmond Hill High School and Bayview Secondary School. John met June at a snowmobile party hosted locally and said he knew immediately she was “the one”. They would have celebrated 50 years of marriage in June. Over the years, John has been known to be someone who loved to meet people and visit. He was forever calling his friends and keeping in touch with relatives and community members. He was generous and kind, and proud to carry on his father’s farming legacy, with his own sons, on the Doner Homestead - farmed by Doners since 1806. He faithfully served in his church as an usher and deacon for many years, and loved to restore antique tractors. Most of all, John loved his 10 grandchildren and enjoyed them as they each developed unique personalities and interests. He loved to tell stories and was happiest when he could run into an old friend and share a coffee, or more lately, an iced cappuccino. John will be greatly missed, but fondly remembered, by his family and entire community.
In his last weeks John was focused on prayer and said he could feel God’s presence close beside him and all around him. John has now entered his Eternal Home and is being welcomed by his Saviour –

“Well done, good and faithful servant…enter into the joy of your Lord”.

We look forward to an in-person celebration of John’s life when social restrictions have been removed.
In lieu of flowers, any donations to the ALS Society of Canada are greatly appreciated.
Read Less

Print
Due to covid restrictions, service is being held private by invitation only.

Consider providing a gift of comfort for the family of John Doner by sending flowers.

We encourage you to share your most beloved memories of John here, so that the family and other loved ones can always see it. You can upload cherished photographs, or share your favorite stories, and can even comment on those shared by others.

10 trees were planted in the memory of John Doner 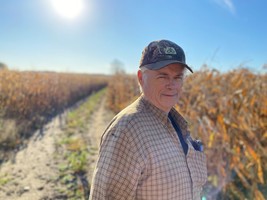 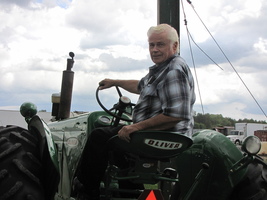 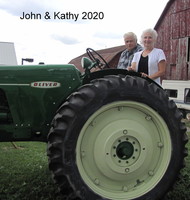 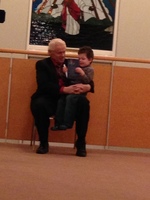